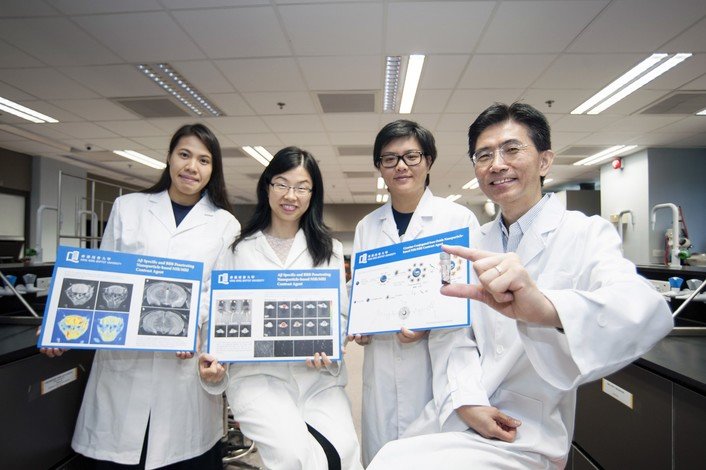 Researchers from HKBU have discovered a new nanomaterial which could enable the early detection and diagnosis of Alzheimer’s disease.

Non-toxic and sensitive to detection, the new material can easily pass through the blood-brain barrier, enabling clear imaging – and detection – of the protein plaques which cause Alzheimer’s disease. The nanomaterial also shows a potent neuroprotective effect against the toxic protein. The team is jointly led by Professor Ricky Wong Man-shing and Associate Professor Dr Li Hung-wing from the Department of Chemistry at HKBU. The new nanomaterial could also be used to monitor the progression of the disease and the effectiveness of potential drugs. The study is published in the journal Small, and the discovery has already been granted a US patent.