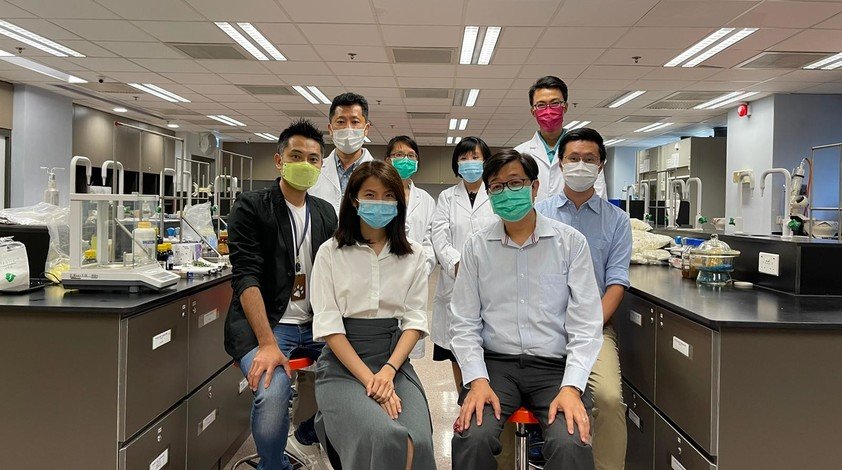 The Department of Chemistry has collaborated with the Narcotics Bureau of Hong Kong Police Force to promote anti-drugs messages by simulating the scents of illegal drugs. The campaign aims to raise the public’s awareness of youngsters’ interactions with drugs, and it targets parents in particular.

A team from the Department of Chemistry simulated the scents of four illegal drugs, namely cocaine, methamphetamine (which is commonly known as crystal meth or ice), ketamine and cannabis. During the “Anti-Drugs Month” organised by the Narcotics Bureau of Hong Kong Police Force, an experiential device featuring the four scents was installed on an anti-drugs promotion truck, and stops by different locations around town from 13 to 26 June so that the general public can smell the scents for themselves.

Dr Catherine Hor, Research Assistant Professor of the Department of Chemistry, said that reference was made to the relevant literature when simulating the drugs’ scents. Non-addictive and harmless organic compounds that are commonly utilised in the perfume production process were used to make the scents.

Research has shown that the chemicals in illegal drugs can interfere with neurotransmission in the brain, and they can cause long-lasting damage. “The simulated scents can help parents recognise the unique smells of common illegal drugs, and allow them to stay vigilant and prevent the possession and use of illegal drugs by teenagers,” said Dr Hor.