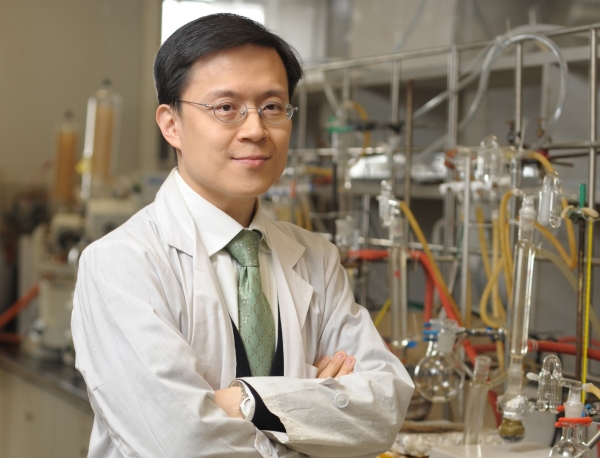 Thomson Reuters published on 14 January its study of the “World’s Most Influential Scientific Minds: 2015”, a citation analysis identifying scientists who have made the most significant global impact in their respective fields of study determined by their fellow researchers. In other words, the selected scientists’ published works were most frequently cited by their peers. Professor Raymond Wong, Chair Professor and Head of the Department of Chemistry, and Elizabeth Law Endowed Chair of Advanced Materials of HKBU, was named one of the world’s top 130 researchers in materials science, becoming one of only two scholars in this field who come from universities in Hong Kong.
Professor Wong said, “It is my great honour to be acknowledged as one of the world’s most influential scientific researchers in my specialty. The list reflects positive assessment of our research at HKBU by peers around the world who recognise our work to be of particular significance.”
The longer-range study, widely known as the Highly Cited Researchers, included an 11-year assessment of research paper citations to determine the leaders within 21 broad fields of science and the social sciences. The fields included clinical medicine, biology & biochemistry, chemistry, engineering, geosciences, materials science, physics, immunology, computer science, mathematics, microbiology, space science, economics & business. The study recognised around 3,000 scientists who published the greatest number of articles ranking among the top one percent by citations received in their respective fields in each paper’s year of publication. The analysis covered over 120,000 papers indexed between 2003 and 2013 for each specialty.
Professor Wong’s research focuses on the development of sustainable energy sources and improvement in light/electrical energy conversion technologies.
For the full list of Highly Cited Researchers, please visit: http://hcr.stateofinnovation.thomsonreuters.com/ (To download the full report of “World’s Most Influential Scientific Minds: 2015”, please go to: http://stateofinnovation.thomsonreuters.com/worlds-most-influential-scientific-minds-report-2015 )