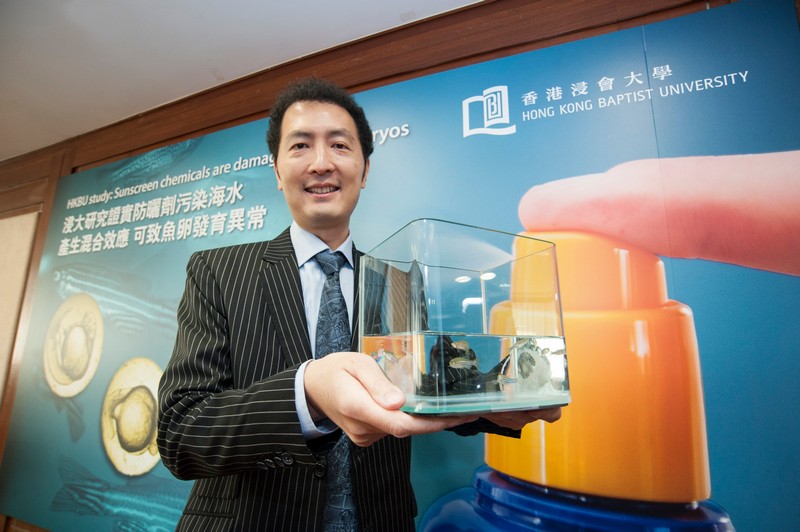 A study by HKBU has detected an extensive amount of sunscreen chemicals in seawater that could pose a risk to human health. The study, a world-first in identifying the harm caused by a combination of polluting chemicals in sunscreen, found the chemicals can cause abnormalities in and kill the offspring of zebrafish by entering the food chain. As the genetic structure of zebrafish resembles that of humans, the results imply that these contaminants could pose a risk to humans. The study also revealed that these contaminants are commonly found in the coastal waters of Hong Kong.

The team was led by Dr Kelvin Leung, Associate Professor of the Department of Chemistry. For more details, please refer to: https://cpro.hkbu.edu.hk/en/press_release/detail/HKBU-study:-Sunscreen-chemicals-harm-fish-embryos-and-could-pose-risk-to-humans/