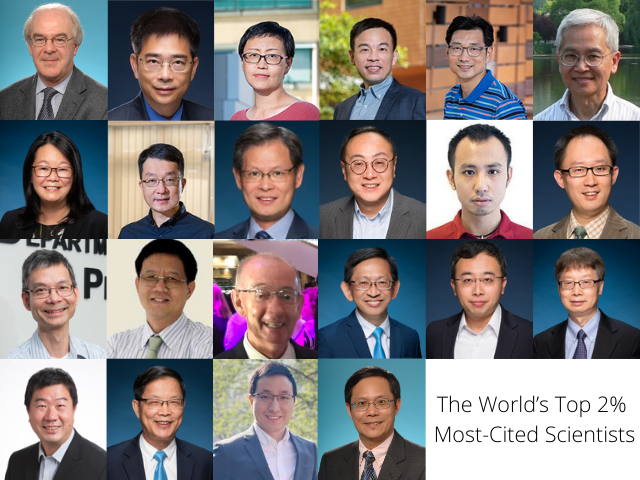 A total of 44 scholars from HKBU have been listed among the world’s top 2% of the most-cited scientists in various disciplines.

The ranking is based on the “updated science-wide author databases of standardized citation indicators”, compiled and announced annually by a group of researchers at Stanford University, USA.  This year, the citation covers over 186,178 top-cited scientists across 22 scientific fields and 176 sub-fields.

The number of HKBU scholars on the list is indicative of HKBU’s growing research strength and impact.